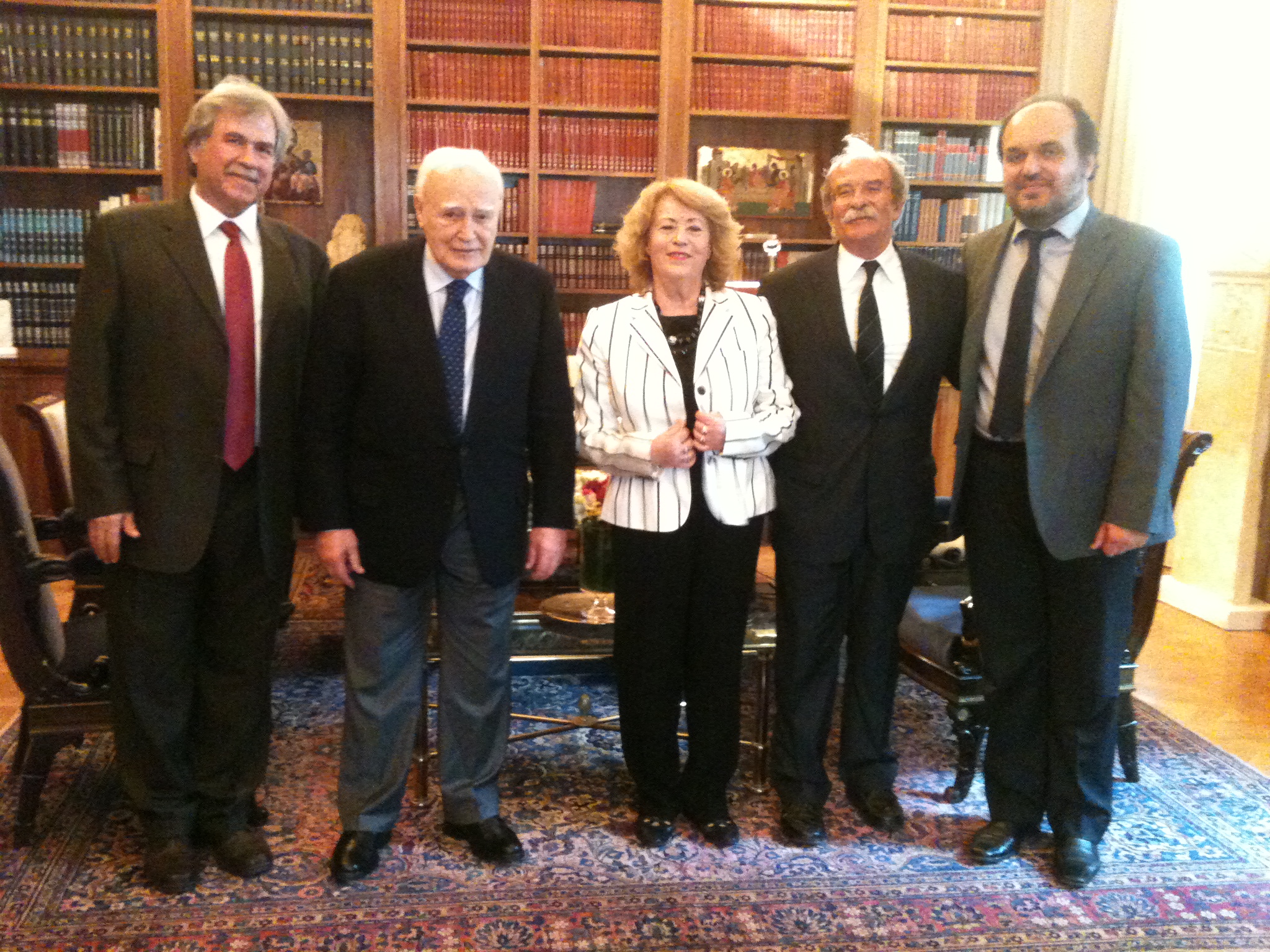 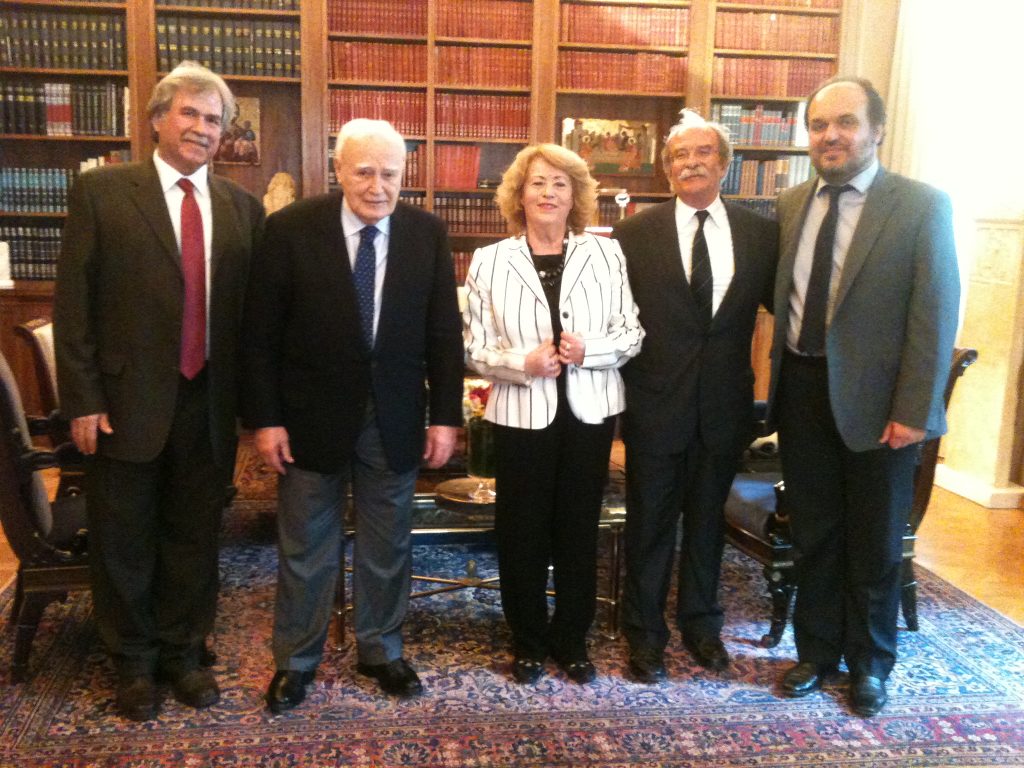 MEETING OF THE EXECUTIVE BOARD OF DIKAM WITH THE

PRESIDENT OF THE HELLENIC REPUBLIC.

OFFICIAL ANNOUNCEMENT OF THE ORGANIZATION OF THE

OF THE SUBMISSION OF A PROPOSAL FOR THE DECLARATION BY UNESCO

The announcement of the Organization of the World Congress “Aristotle 2400 Years”, was the object of the meeting with the President of the Hellenic Republic, Mr. Karolos Papoulias, of the President of the “Interdisciplinary Centre for Aristotle Studies (DIKAM) Professor Demetra Sfendoni-Mentzou, and the members of the Executive Board, Professors John Seiradakis and Stavros Avgoloupis, during their visit at the Presidential Mansion on Friday March 6, 2015.

The members of the executive Board also informed the President of the Hellenic Republic that, after their proposal, the “Interdisciplinary Centre for Aristotle Studies” endorsed the officially submitted to UNESCO, by the Hellenic National Commission for UNESCO, proposal for the year 2016 to be celebrated as the “YEAR OF ARISTOTLE”.

Among the events planned for the celebration of this great anniversary, the most prominent one will be the World Congress “Aristotle 2400 years”. The Congress, which will be organized by the “Interdisciplinary Centre for Aristotle Studies” in May 2016, has the enthusiastic support and collaboration of the Aristotle University of Thessaloniki and its Rectorate Authorities.

The aim of the Congress is to advance scholarship on all aspects of Aristotle’s work; a work whose impact is unique in size and influence in the history of the human intellect. The importance of Aristotle’s work makes it an integral and essential part of the global cultural heritage, also for its interdisciplinary character and for its relevance for contemporary issues in the fields of Philosophy and Science.

On the 16th and 17th of March 2015, the International Scientific Committee of the Congress will meet at Aristotle University in order to discuss scientific issues and prepare the Congress Program. The Committee is consisted of internationally renowned Aristotle scholars, from the following countries: Belgium, Germany, Greece, Ireland, Italy, The Netherlands, UK, and USA.

It is the ambition of the organizers that the Congress will be of global significance and will bring into focus, in a most substantial way, the great Macedonian philosopher of antiquity Aristotle, the Aristotle University of Thessaloniki and Greece.