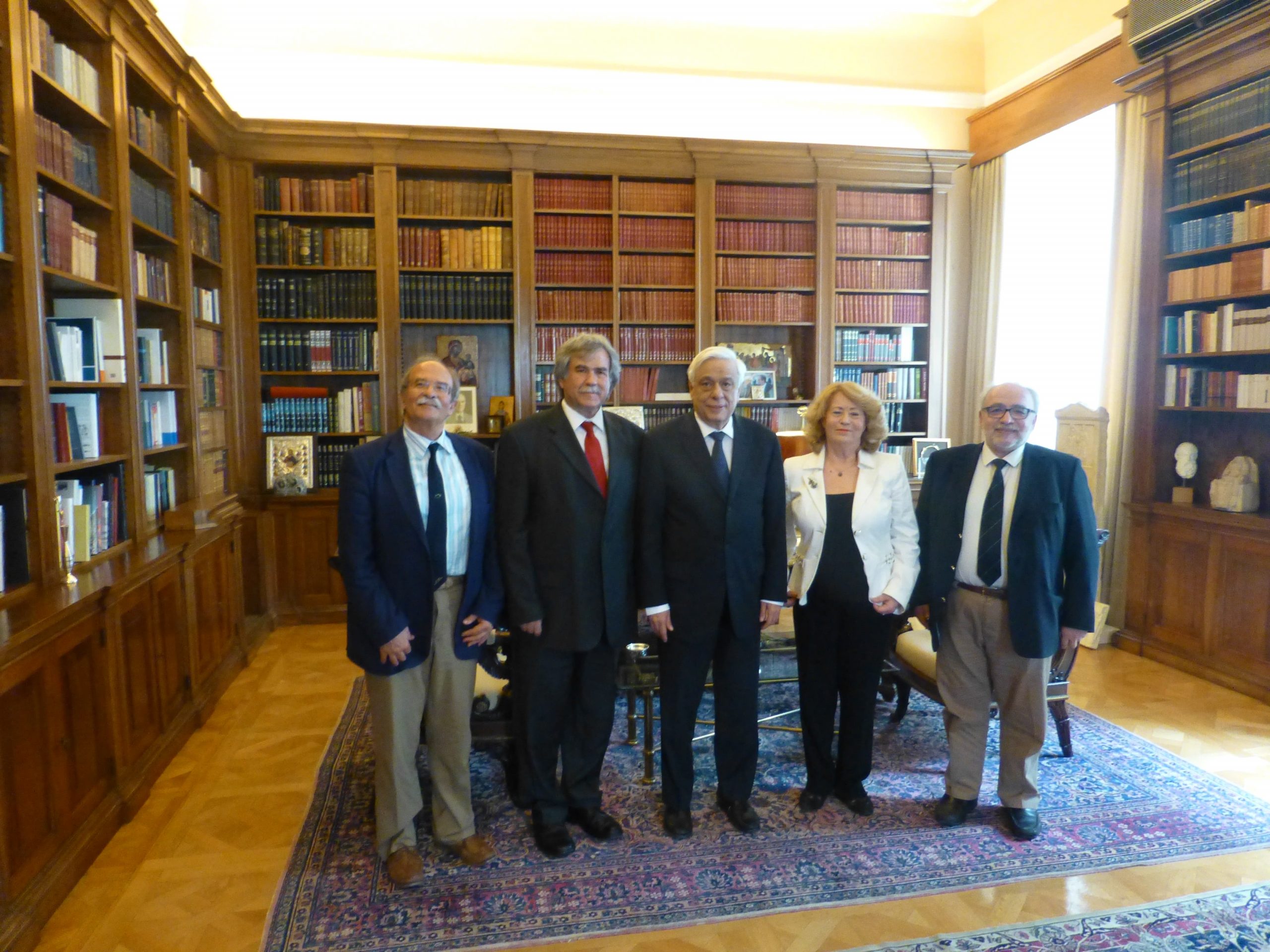 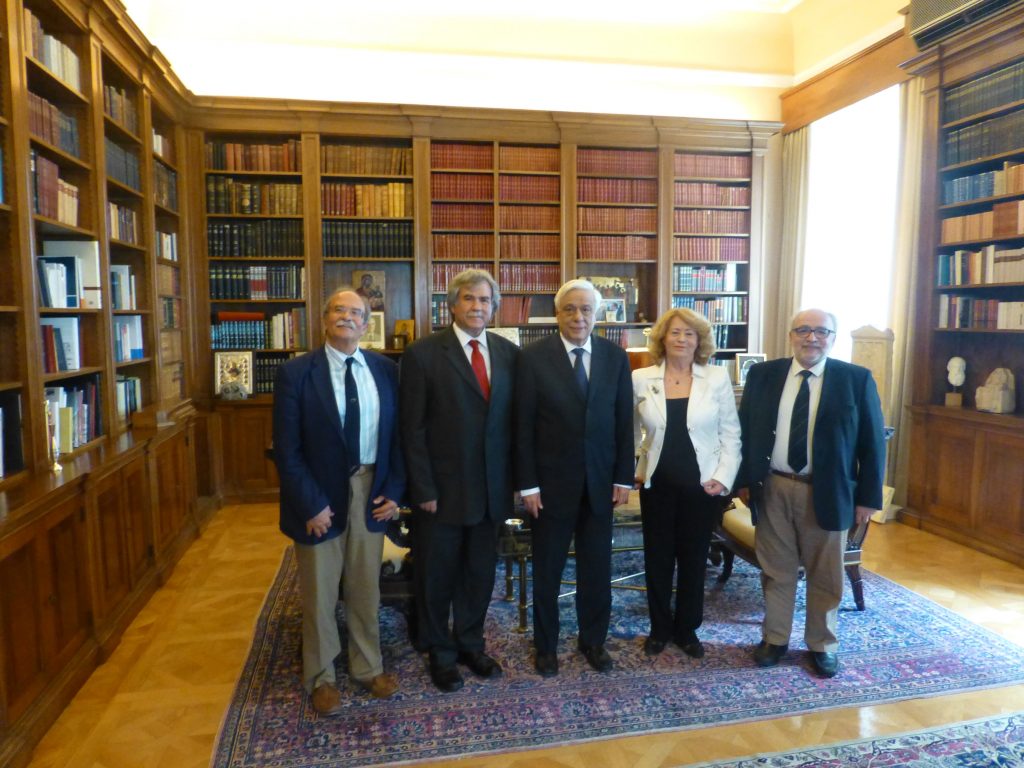 The President of the “Interdisciplinary Centre for Aristotle Studies” (DI.K.A.M.), A.U.Th., Professor Demetra Sfendoni-Mentzou and the Members of the Executive Board, Professors John Seiradakis, Vice-President, Zacharias Scouras, Secretary General, and Stavros Avgoloupis, Member, met with H.E. the President of the Hellenic Republic, Mr Prokopios Pavlopoulos. The meeting was held on Monday June 8, 2015, at the Presidential Mansion.

The members of the Board of DI.K.A.M. informed the President about the World Congress “Aristotle 2400 Years”, which will be organized by the “Interdisciplinary Centre for Aristotle Studies”, and which has the support and cooperation of the Rectorate Authorities of the Aristotle University of Thessaloniki.

The President of DI.K.A.M., Professor Demetra Sfendoni-Mentzou, addressed to the H.E., the President of the Hellenic Republic, Mr Prokopios Pavlopoulos, the request to place the Congress Under his Auspices and invited him to honor the Congress with his presence and to declare the Opening of the Congress.

H.E. the President of the Hellenic Republic congratulated the Μembers of the Board of DI.K.A.M. for their initiative to organize the Congress, and gladly accepted the request to place it under the Auspices of the Presidency. At the same time he expressed his full moral support for the whole enterprise, as well as his intention to be there and declare the Opening of the Congress.

The World Congress “Aristotle 2400 years” will take place on May 23-28 of the year 2016, in celebration of the anniversary of 2400 years since the birth of the Stageirite philosopher Aristotle. Its aim is to highlight the unique in size and influence in the history of human thought Aristotle’s work, as well as its interdisciplinary character, its universality and timeliness. The Congress will take place at the Aristotle University of Thessaloniki, in ancient Stageira, the birthplace of Aristotle, and in ancient Mieza, the place where the philosopher taught Alexander the Great.