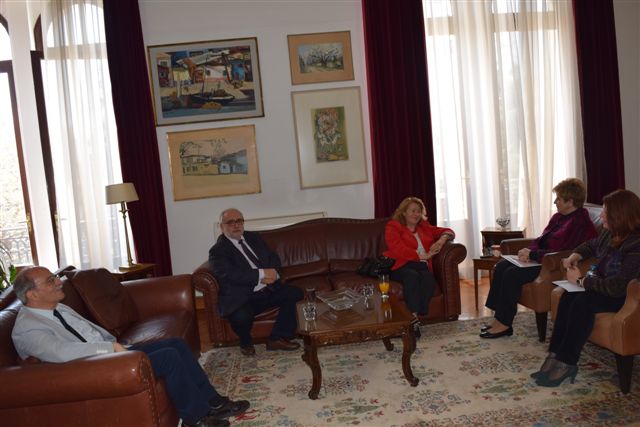 The Executive Board of the “Interdisciplinary Center for Aristotle Studies” AUTH (DIKAM), met with the Deputy Minister for Macedonia and Thrace, Mrs Maria Kollia-Tsaroucha. The meeting was held on March 31, 2016, at the Ministry of Macedonia and Thrace (Dioikitirio Thessaloniki).

The Members of the Board of DIKAM informed the Deputy Minister about the World Congress, ”Aristotle 2400 Years”, which will be organized by the ”Interdisciplinary Center for Aristotle Studies”, and which will take place on May 23-28, 2016,  at Aristotle University of Thessaloniki, in ancient Stageira and in ancient Mieza.